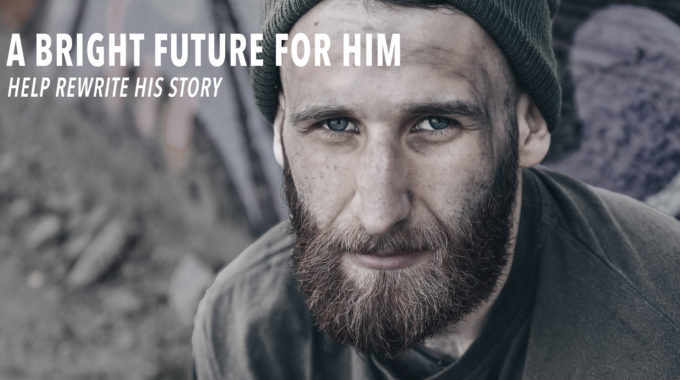 TJ was known as a party boy! When he was seven years old, his father walked out on the family, and his teenage siblings started having parties while their mother worked nights. TJ was surrounded by drugs and alcohol. He soon became a wild child because he didn’t know better.

Fast forward twenty years. TJ’s sobriety attempts would last short periods as he would easily fall back into old habits. After landing in jail for drunk driving, he knew he needed to clean his life up. He had nowhere to go upon release but knew he couldn’t turn to his family for the help he desperately needed. TJ believed only God could change his heart and his behavior. He entered Muskegon Rescue Mission’s Man of Integrity program and committed to giving Christ control over his life.

TJ was touched by the care and support he received from MRM’s staff. He shared, “They allow you to heal and guide you along the way. They truly demonstrate the grace of God.” TJ graduated from the Christian-based program with a new outlook on life. He said, “This is the first time in my life that the things that held me captive no longer have a hold over me. I have a choice now. I have hope and more freedom than I’ve ever known before.”

TJ is now married, and his family is grounded in their church and focused on serving God. He is no longer the party boy and works hard to be a good role model for his son. His future is brighter than he ever could have imagined!  TJ is forever grateful MRM helped him rewrite his story.

She first came to Muskegon Rescue Mission, but left after a few days because she…

Hope for a Single Mother – Help Rewrite Her Story

SHE IS A STATISTIC. She is the 1 out of 4 women who find themselves…

A Fresh Start For This Family – Help Rewrite Their Story

Copyright 2019 Muskegon Rescue Mission, All Right Reserved. Website by revel.in
Back To Top